REAL ESTATE FEVER IN THE US – AUSTRALIA – ASIA MARKETS

Home » REAL ESTATE FEVER IN THE US – AUSTRALIA – ASIA MARKETS

Global house prices have risen at the fastest rate since the financial crisis. From the US, and Europe to Asia, people including investors are pouring money into buying houses and real estate.

Overview of the Real estate market

According to Bloomberg, from the US, and UK to China, global real estate markets are booming. The Knight Frank survey found that global house prices experienced a 7.5% increase over a 12- month period (to the end of March). This was the highest rate since 2006.

Turkey ranked first with a house price increase of up to 32%, followed by New Zealand (22.1%). The US ranked fifth with a 13.2% growth rate. In Asia, Singapore and South Korea saw an increase of  6.1% and 5.8%, respectively. Analysts at Bloomberg Analysis warn the market is showing bubble signs, similar to the time before the 2008 financial crisis.

There are many reasons why global real estate prices have skyrocketed. Including low mortgage interest rates and high demand for private houses during the Covid-19 pandemic. In addition, the psychology of “now or never” also contributes to the heat of the market. 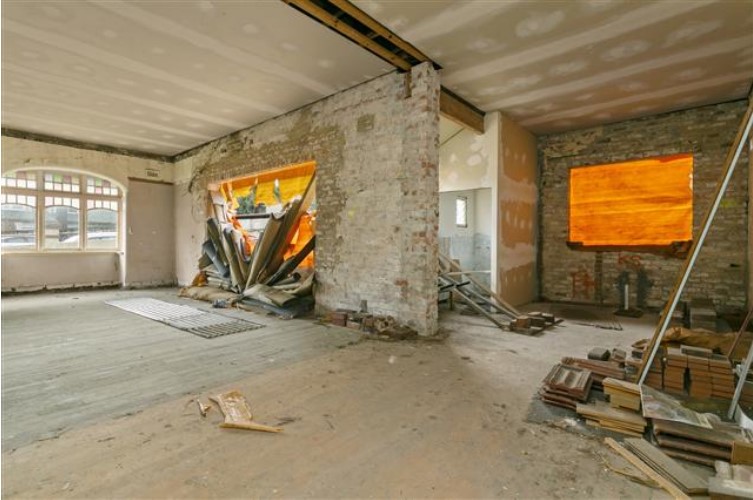 A dilapidated house in Kensington (Sydney, Australia) has sold after auction for $3.5 million. Photo: Bloomberg.

Hundreds of people compete to buy “small boxes” in Canada

Kristin Cripps, a real estate agent, is well aware that the market is hotter than ever in Barrie, a small city that is about an hour and a half from Toronto, Canada. Large houses near Lake Simcoe sell very well.

She put her one-bedroom house near Lake Simcoe up for sale and within 24 hours, 192 people registered to buy it. “There is nothing special about the house, from the outside it looks like a small box,” Cripps described.

Over the next three days, hundreds of people asked to buy this house. Cripps said the auction was so hot that she even received 75 emails every 20 minutes. She only slept 2-3 hours a night to handle all customer requests.

The house ended up selling for $625,671, nearly double its starting price ($328,665). “Imagine customers jostling and fighting each other to buy goods in supermarkets on Black Friday. The situation here is the same,” Cripps said. 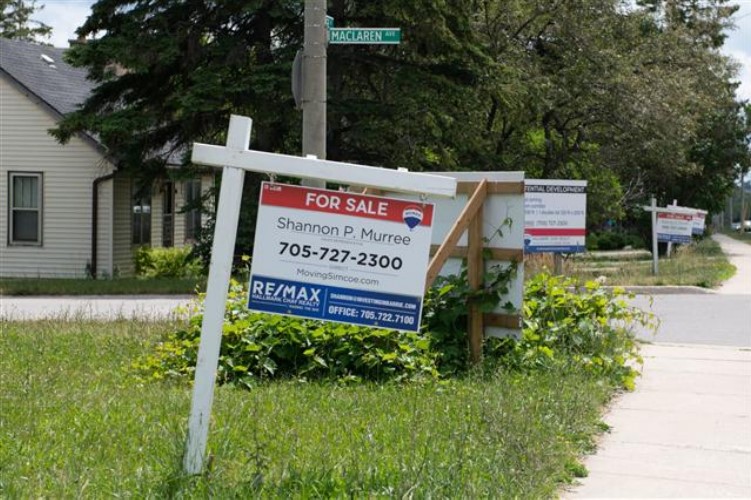 A dilapidated house in the south of Central Sydney (Australia) with no kitchen, WC, electrical system, and floor tiles has sold after auction for $3.5 million.

CoreLogic statistics show that around 50% of houses in Sydney are sold for at least $746,500. Over a 12-month period (to the end of June), house prices across Australia increased by 13.5%, the highest rate in the last 30 years. In May, house prices increased by about $943 per day. High-end real estate is the best-selling segment in Australia.

“I’ve worked in the real estate industry for 25 years and I’ve never seen anything like this,” said Joe Recep – a real estate agent at NG Farah Real Estate. “We received up to 30,000 requests in 4 weeks from UAE, USA, New Zealand, and many Asian countries.”

D’Leanne Lewis – a real estate agent at Laing+Simmons in Double Bay sold a number of houses worth $44.7 million in only one day in May, even higher than her total sales in the previous month. Of the five houses sold by Lewis, there was one in Bellevue Hill with 8 bedrooms and 9 bathrooms. 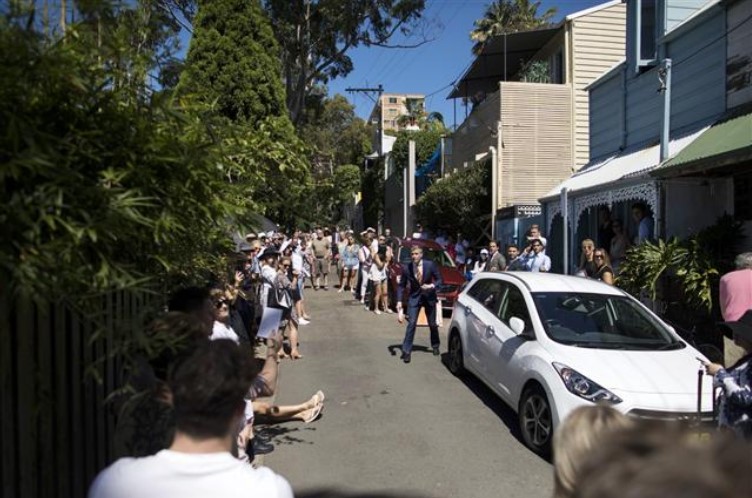 A long line of people participated in the auction of a house in Sydney, Australia. Photo: Bloomberg.

The selling price was $25 million, 40% higher than the starting price and almost 4 times its price 5 years ago ($7 million). The problem is that this house doesn’t have a bay view, which houses in that price range in Sydney often have.

“The market is going crazy but everything has its own logic,” Lewis said. “Staying in quarantine in a spacious house in Sydney is much more comfortable than in other parts of the world. People are looking for safe havens.”

In affluent areas like Greenwich (Connecticut), many people have to give a price before they can literally see the house. Despite being unable to see a $1.55 million house, an investor group offered to pay a higher price immediately. The only condition they set is to get into the house before signing the purchase agreement.

“They haven’t seen the house yet, but they still offer us the highest price,” said Mark Pruner, a broker at Berkshire Hathaway HomeServices in Greenwich. There are a lot of people who book an appointment to be able to see the house in just 15 minutes.”

In April, US house prices recorded their strongest increase in 30 years, especially in suburban and rural areas. When the Covid-19 pandemic peaked in the US, New Yorkers flocked to Greenwich, boosting the housing market here to be more vibrant than ever.

In May, the number of houses sold tripled compared to the same period last year. In the first quarter, the median house price in Greenwich increased by 31%, to $2.24 million/house. 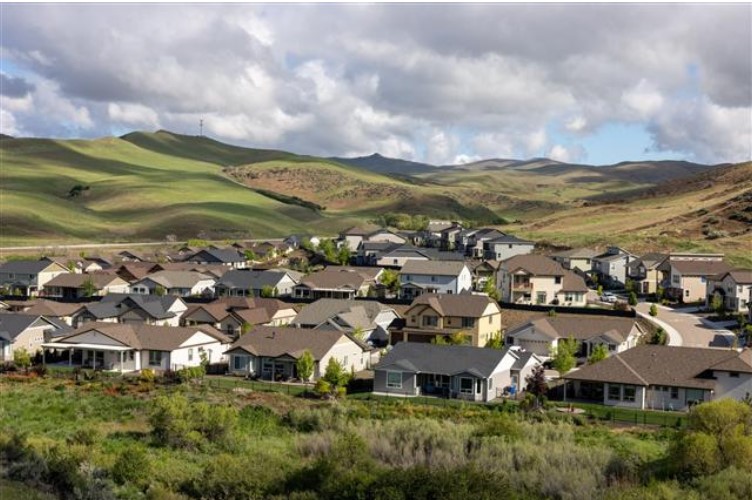 In some rural areas, the market is even hotter. In Boise (Idaho), a great number of investors from California came to buy houses. Redfin, a real estate agency, said that house prices there in early June experienced a 42% increase compared to the same period last year. 80% of house buyers participate in an auction.

Customers are willing to do whatever they can to buy a home. Shauna Pendleton, a real estate specialist at Redfin, said some sellers are even allowed to stay in their houses for very low rental fees until they finish building their new houses.

“Sellers know they are powerful in the market, they know how to negotiate and they are the ones who set the rules,” Ms. Pendleton said.

Currently, houses in the UK sell very fast. According to Hamptons International, many houses are sold before they appear on real estate websites.

Fierce competition is pushing buyers like Alyson Nash, 63, and her husband into homelessness. They sold their house last year and rented a house to live in so that they can spend time hunting for real estate near Guildford.

Eight months later, after asking to buy three different houses, each of which was at least £2.5 million ($3.5 million), they were still not able to own a house. “I have never thought buying a house would be that difficult,” Mrs. Nash said. The supply is limited and there are too many hunters.”

House prices in other parts of the UK (yellow line) grow faster than in London. Photo: Bloomberg.

The booming market led to the appearance of gazumping (refusing to sell a house to someone after you have agreed to sell it to them, and selling it instead to someone who offers to pay more). In the UK, buying and selling real estate is not legally binding until the two parties sign a contract.

At any point in the stage of finishing a contract, the seller may accept another offer. Charlotte Howard, 46, fell into a similar situation in February and was only able to buy a house four months later. “I felt so tired. Fortunately, I was lucky enough to buy a house,” Mrs. Howard said.

Paying taxes for many years to buy a house in China

The Chinese government has many difficulties when it comes to controlling real estate speculation. While in other countries, the pandemic pushed the trend of buying houses in suburban and rural areas, in China, buyers still flocked to big cities, where there are good opportunities to work and study.

China’s urban house prices rose by 10.8% over the period from the beginning of this year to the end of May despite numerous control measures from the authorities. According to E-House Enterprise Holdings, the cost of an apartment in Shenzhen was equal to 43.5 times a resident’s average annual salary.

In a new urban area in the west of the city, buyers need to pay an immediate deposit of 1 million RMB ($157,000) and must prove their financial ability to pay for the house. Even if they meet both of the above conditions, it is still not easy for them to buy a house because the supply is limited. 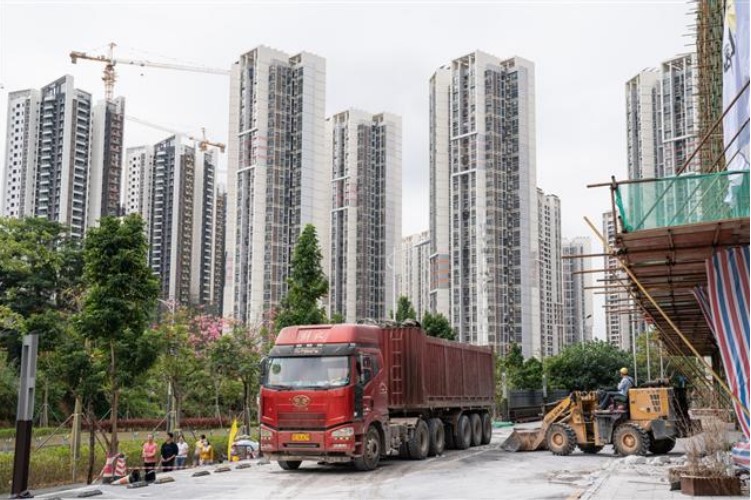 The cost of an apartment in Shenzhen was equal to 43.5 times a resident’s average salary. Photo: Bloomberg.

Under pressure from the local government to prioritize long-term residents, real estate firm Coaster Group ranks buyers in priority order according to the number of years they pay taxes to the city. All 2,114 successful house purchase applications have tax records for over 23 years.

This means it is very difficult to buy a house in Shenzhen. Jerry Huang, 29 years old, has been paying taxes in Shenzhen for 14 years. This is the third time he has failed to buy a house because of the strict requirements. “Looks like I have to put my house-buying plan on hold for a long time. There is a fierce competition, I’m not sure I’m lucky enough,” he said.

KOLORHEAVEN provided you with information about real estate fever in Europe – America – Asia. Real estate investors or businesses can fully seize this golden opportunity to start their deals.

To ensure that real estate products are attractive to customers, business owners, and property owners can choose to edit promotional images/videos.

KOLORHEAVEN specializes in providing professional real estate video and image editing services. With more than 7 years of experience, we are sure to provide our customers with high-quality products.

Please contact us via hotline: +84.963.45.45.91 or email: kolorheaven@cskolorheaven.com if you want to use our services.